THINK BEFORE YOU GO PINK 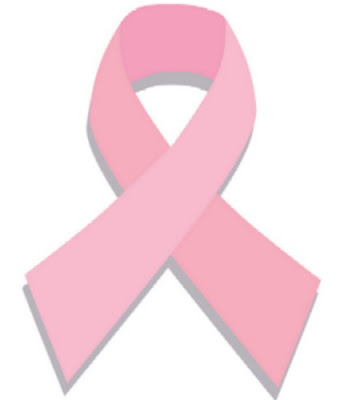 Although I'm sure this post will cause some controversy I still feel I must share it. Besides, I'm not one to shy away from controversy. LOL!

In 2000 my mother was diagnosed with breast cancer. She had the cancer for a year, a lump in her breast, but didn't mention it to anyone. Literally a year from the date she first found the lump the cancer errupted through the breast and came out of the body. It was then that I learned of her cancer and begged her to seek treatment. She sought treatment and after 8 months of battling, she won. She didn't die until 2007.

Shortly after my mothers successful battle with breast cancer she showed me an article she had, not sure where it came from, about how the brochure the hospital staff at the breast center had given her showing all the wonderful things she could buy to help deal with the effects of chemotherapy actually contained items that caused cancer. Not only that, many of the companies contributing to cancer research were actually profiting off those who had cancer. I remember not being too surprised since much of the article had targeted chemicals in cosmetics and how the American Cancer Association would push specific products through advertisement on cancer patients, all in the name of making the patient feel better. Somehow I managed to shut this all out of my mind and move on.

Recently it has come to my attention again since a dear friend is taking care of her aunt who is battling cancer. She called and asked if I had heard about the controversy related to cancer research, something she had just learned. Since I hung up the phone with her I decided to share what I know about this with the blogging world since I'd want to be told if I wasn't aware.

The gist of it all:


"The Cancer Industry consists of corporations, organizations and agencies that diminish or mask the extent of the cancer problem, fail to protect our health, or divert attention away from the importance of finding the causes of breast cancer and working to prevent the disease. This includes drug companies that, in addition to profiting off cancer treatment drugs, sometimes also produce toxic chemicals that may be contributing to the high rates of cancer in this country and increasing rates throughout the world. It also includes the polluting industries that continue to release substances we know or suspect are dangerous to our health, and the public relations firms and public agencies who protect these polluters. The Cancer Industry includes organizations like the American Cancer Society, that downplay the risk of cancer from pesticides and other environmental factors, and who historically have refused to take a stand on environmental regulation."

THINK BEFORE YOU GO PINK which is part of THE BREAST CANCER ACTION GROUP is trying to shed light on this issue.

It reminds me of when I learned that my products were actually tested on animals and the awful things the lab tech's would do to those innocent creatures. You feel like it is too horrific to be true but deep down you know there is no denying it.

"During the month of October, pink ribbons everywhere remind us to race, drive, cook and shop for the cure. But where did the pink ribbon come from?

In the early 1990s, 68-year-old Charlotte Haley began making peach ribbons by hand in her home. Her daughter, sister and grandmother all had breast cancer. She distributed thousands of ribbons at supermarkets with cards that read: “The National Cancer Institute annual budget is $1.8 billion, only 5 percent goes for cancer prevention. Help us wake up our legislators and America by wearing this ribbon.”

As the word spread, executives from Estée Lauder and Self magazine asked Haley for permission to use her ribbon. Haley refused, and Self magazine was startled by Haley's answer. “She wanted nothing to do with us. Said we were too commercial.” But they really wanted to have her ribbon. They consulted their lawyers and were advised to come up with another color. They chose pink, a color that focus groups say is ‘soothing, comforting and healing’—everything breast cancer is not. Soon Charlotte Haley’s grassroots peach ribbon was history, and the pink ribbon became the worldwide symbol for breast cancer.

I urge you to read on, take from it what you will. I'm grateful that this information is becoming more widely spread and those with cancer and their loved ones are being informed.

I'll end with this case in point:
(during breast cancer awareness month 2009) In the Pink for a Cure Collection, 15% of your purchase of authentic designer perfumes by Ralph Lauren, Kathy Hilton and others goes to the Breast Cancer Research Foundation. Save on your order with FragranceNet coupons.

When you crave the alluring scents of Burberry, Lacoste or Valentino, shop at Perfume.com and feel good about it as you're supporting a great cause

Email ThisBlogThis!Share to TwitterShare to FacebookShare to Pinterest
Labels: Environment

I'm glad you posted this. I had no idea how the pink ribbon got started!

It makes me so sad and angry when I think of all the stuff big companies and the government can get away with. I can't even express it right now because I can't be polite about it. (It makes me swear.) But I know where you're coming from!

Kudos!
The whole ribbon thing makes me a bit ill-be it pink, blue, red or whatever new nonsense someone puts a ribbon to.
Breast cancer is not a shopping event. It's a very real, scary, painful and traumatizing time for everyone involved. A new spatula in pink isn't going to make it go away.

Another excellent post, M! I've never jumped on the ribbons band wagons, and I've always been suspicious of most charitable organizations (I try to look up records of how they use their funds before I donate), but hadn't know this about the cancer "industry". Thanks, once again, for shedding light on another important issue!

I was surprised about the pink ribbon too. I thought it originated with someone who had cancer. Didn't realize the idea was taken from someone. I hate marketing gimmicks with no emotional value. I wonder what the woman with the yellow ribbon thinks now.

I agree Rebecca. Every time I see pink shirts, pink dog sweaters, pink jewelry, etc... I always wonder, have we really become a society that can't donate for a good cause and instead need something in return all the while those selling it care about their portion. Not a good feeling.

T, I feel the same way about charities. I've been screwed over a time or two by charities. I also like knowing the charity I contribute to gives 100% of what I donate and not 25 cents. I hate when 90% goes to overhead and the rest actually goes to the cause. WTH is up with that????

Michelle,
So glad to know about the pink ribbon. I have had a soapbox for a long time and i use it when someone gets me started about the drug companies controlling how practitioners treat their patients. chemicals never can and never will heal dis-ease.
They can only give palliative (sp?) relief.

so, i love your controversy and i love your outspoken tell it like it is attitude. truth be known for what it is.

i know you will find like mindedness all along the way.

I am very happy you wrote this too. I have always know that The most of the Cancer Charities do nothing more than poke bunnies in the eyes and raise money to line the pockets of the top people (I used to work for one!) Trouble is I never really do anything about it and here's you telling us all about it in your lovely blog, while raising a family and making gorgeous soaps! GO Girl! Very inspiring! One of my ideas that I have never actually come around to doing is selling items like yours while promoting information and giving money to charities that actually DO make a difference in the world! You have inspired me to re-llok at this idea. Thanks x Love England!