SOMEONE MADE ME SMILE TODAY

I love when I read blogs that make me smile. This morning I was going through my list of blogging buddies and came across Sheabutter Cottage. Akua was so wonderful as to award me with the "friendship" award. My heart melted and I smiled. Can't ask for more than that.

I love the blogging community more than anyone could possibly know. Not everyone knows how great this world of bloggers can be. I've met people from all over the world, not only are they blogging but they are also making soap! Males and females alike. We share little bits of our lives with one another, give encouragement and support, and quite possibly will never meet face to face. As unusual as that all seems, it is really very wonderful in so many ways. Great friends I call them all, if only over the internet :)

HERE IS MY FRIENDSHIP AWARD FROM AKUA WOOD 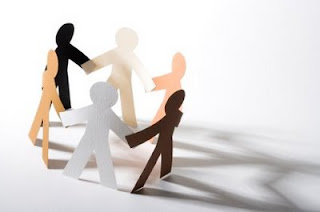 I swiped this from Akua's blog since she so articulated the rules of this award so well (I hope this is ok Akua).

The rules for acceptance of the award are as follows: Pick 8 blogs that you consider deserving of this award based on their creativity, design, interesting material and also for contributing to the blogging community, no matter what language. Congratulations and please pass the award to others who are deserving. Share the friendship........x

Dreaming of Ink with Me

Bubbly Nature (just starting out in the blogging world, but her blog is fun and enjoyable and she is my new blogging buddy)

I know I listed more than 8 but I couldn't help myself.
Author: Michelle at 6:58 AM 5 comments:

Some of the members over at the SOAPMAKERS CORNER are having a holiday soap swap. The deadline to sign up is November 29, soaps will be swapped out on December 10. If you are interested in learning more of the details just follow this link ---> HERE

Any and all soapers are welcome. CP, HP, M&P. We hope you join us.
Author: Michelle at 5:34 PM No comments:

I wasn't going to post anything on politics on any of my blogs but since this last Republican rally was in my state I felt I had to speak out.

I want the world to know that the 2,000 or so people that showed up for the Republican rally in Lakeville, Minnesota are not a good representation of my state. Just the number of participants says all it needs to say. There are about 5,000,000.00 people living in MN and only 2,000 showed up to the rally. The 2,000 were most likely people who live in Lakeville or surrounding communities. Unfortunately I happen to live in one of those communities (very racist they are I've been learning through my own experiences here).

MSNBC is describing the people who showed up at the rally as "crazy" and "racists." Clearly, they are! But they are not a good representation of the rest of the people in my state.

Some of the chants that came from todays rally were things like "Obama is an Arab" , "Obama is a terrorist." None of which is true. Any educated person would know that (and BTW/even if he were an Arab, that doesn't mean he still isn't a good person). Apparently in another state at one of the Republican rally's a person yelled out "Bomb Obama." Unbelievable! I feel I've been forced back and time and I'm living through the chaos of the racist 50's and early 60's.

McCain did his best to distance himself from the craziness at the rally. He defended Obama several times saying "he is a good family man." Some people even shouted "kill him" and McCain tried to settle them down only to be booed. NICE NICE NICE SUPPORTERS!

Shame on McCain and his group for contributing to this insanity by trying to link Obama to terrorism. This is the backlash for smear campaigns. I hope politicians learn a lesson from this.
Author: Michelle at 8:34 PM 3 comments:

Email ThisBlogThis!Share to TwitterShare to FacebookShare to Pinterest
Labels: Politics

Sorry I have not blogged lately. I'm seriously losing touch with the blog community. I try really hard to get online and whip as fast as possible through blogs and the couple forums I frequent but lately there just isn't enough time in a day.

My sister is profoundly disabled and she lived with my mother 20+ years with 24/7 nursing and my mother as guardian. When mom passed away I took on the responsibility of guardian, ocassional caregiver, and staff manager. I've wanted to maintain this small business of mine, even signed up to do card classes and sell Stampin Up products, but I've seriously got in over my head.

My sister is my #1 priority and lately there have been issues upon issues, meetings upon meetings. It just gets more interesting by the moment. So it seems the whole crafting for the public is going to have to wait. As it is, my hubby left his job to help me juggle the responsibility of raising 3 girls, maintaining my house and my sisters house, plus give me the hours I need to work with staff and other issues.

At least I can still craft for myself. I love my soap and I love my cards. It is just a relief to say it out loud, that I'm only crafting for me and not someone else for a while. I don't have the pressure to have something done by a specific time that I know I'll never get around to.

I hope all my blogging pals are still out there :( That I cannot live without :)
Author: Michelle at 8:57 AM 9 comments:

Email ThisBlogThis!Share to TwitterShare to FacebookShare to Pinterest
Labels: family

I recieved this wonderful blog award from my friend Carrie~gigi over at MUD PUDDLE GIRL. Carrie and I have known each other through the blogging world for quite a while now. She is a sweet, lovely, and kind person and I'm really happy to have met her. It is joy, knowing each of my blogging friends and I feel honored that Carrie gave me this award.

Rules: link to the person who gave you this award and pass the award on to others you want to share it with.

I return this award to Carrie, and also include those that Carrie picked: Heidi, Trisha, Elizabeth, Heather & Joanna :)

Cindy at DREAMING OF INK WITH ME

Amber at AMBERSAMBRY
Author: Michelle at 10:15 AM 3 comments:

Email ThisBlogThis!Share to TwitterShare to FacebookShare to Pinterest
Labels: friends

WHATS UP WITH THE SANDLEWOOD?? Time to spend money on a new camera. I seriously can't take it anymore. Here is the latest: Strawberry scented soap with strawberry seeds. For the last 4 batches of soap I've used the Heat Transfer Method of soapmaking but........ something is different. I can't put my finger on what it is but something is not quite the same. I like this method because it cuts the soaping time in half but even though I'm using the same base recipe, something about the soap is not the same. I've decided for now to go back to my "old" way of making soap unless I'm ever in a hurry and need to cut soaping time. Anyone else notice the difference in their soaps with the two methods? (when I say two methods I mean the regular old method of matching temps).

Here is the strawberry. Sorry the picture isn't the best :(